Meet the dancers in action... 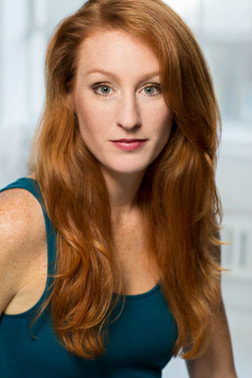 Alana Marie Urda is (Co-Founder, Artistic Director) of Amalgamate where she pursues using dance for a purpose through her choreographic works, documentaries and company events. Urda has envisioned and produced a range of distinguished dance events, charity projects, and educational workshops with Amalgamate. Her repertoire has been celebrated in renowned NYC venues and tours both nationally and internationally. Commissioned for numerous projects, she has set choreography on dancers across the states and presented work at Jacob's Pillow Inside/Out Series, Boston University, BBKings, Sant'Angelo in Vado, Italy, Brunei, Asia, The Times Center, Ailey Citigroup, and Merce Cunningham Studio. With a BFA in dance from FSU, she is Co-Director of The Trinity School After School Program, a Teaching Artist at New York City Center and The Events in Orlando, FL. Her extensive freelance highlights include choreographing for Lily Chiam’s debut album concert in Brunei, Asia and Off-Broadway productions, Angels, the Musical / Duke Theatre, Dear Mr. Rosan / 777 Theatres, and Into the Woods Jr./ The Marjorie S. Deane Little Theater. She has worked with artists such as Peter Kalivas, Ronnie Demarco, Suzanne Farrell, Dan Wagoner, and Jawole Zollar. As an entrepreneur, she continues to create dance events that involve community engagement and provide more job opportunities for dancers. 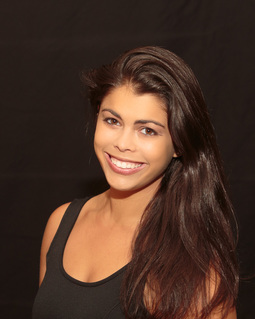 Gina Marie Borden (Intern Manager) is a graduate of Barnard College, Columbia University, where she majored in dance and completed a program in women’s leadership.  Her senior piece was a solo created collaboratively with former Trisha Brown Dance Company member Mariah Maloney. She has performed in works by Susan Rethorst, Beth Gill, and Lance Gries at New York Live Arts, and in a work by Jon Kinzel at Miller Theater.  Borden choreographed Columbia University’s 119th Annual Varsity Show, performed a solo in GROUNDPLAN at La Plaza Cultural, and created work for Fete de l’Hurricane at Red Bean Studios.  Other performance credits include Ferrum by Carte Blanche Performance and ...on a darkling plain and Quizas by Andrew Jannetti and Dancers. Borden studied in Paris under the direction of Michael Foley and Colleen Thomas in June 2012. In August 2015, Borden attended Amalgamate Dance Company’s BREAK OUT dance program in Sant'Angelo in Vado, Italy, where she performed in works by Alana Marie Urda and Jessica Taylor. She was cast as a part of Amalgamate Dance Company’s Guest Artist Showcase 6 in a work by Bryan Strimpel, and is currently a dancer and Assistant Artistic Director of Jessica Lewis Arts.

ADC is currently working with dancers on a project to project basis. 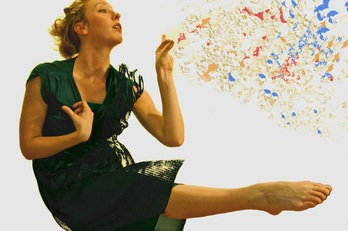 Sarah Foster (Rehearsal Director & Dancer) was born and raised in upstate New York and was extremely fortunate to grow up dancing with Lois Welk and the American Dance Asylum.  In Ithaca, NY she performed a variety of roles with the Kitchen Theatre Company under the direction of Rachel Lampert, taught modern dance to kids and adults at the Community School of Music and Arts and was the co-founder and artistic director of Wide-Eyed Dance Theatre.  Before moving to New York City, she was on the dance faculty of Boston University where she choreographed solo, group, and site-specific work and also taught ballet and modern.  She holds an MBA in Public and NonProfit Management, an MS in Information Systems, an MS in Arts Administration, and a BA in French Language and Literature, all from Boston University. Sarah started with ADC as an Apprentice in Spring 2011, joined the Company in Fall 2011, and as of May 2012 she is Coordinator of ADC’s Amalgamate Artist Series.  Recent performance credits include Purplethreads Ensemble / Dear Mr. Rosan, Becky Radway Dance Projects, and Allaire Arts. Sarah’s goal in life is to make beautiful things and to make people happy. 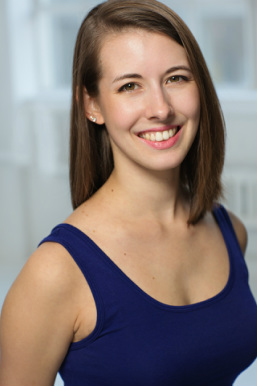 Caitlin Dutton (Dancer) began her training at the ripe age of 12 in Savannah, GA. She holds a BFA from the Conservatory of Dance at Purchase College, studied abroad to the London Contemporary Dance School and has had the pleasure of working with choreographers such as Nelly Van Bommel, Laurie Stallings, Richard Alston, Lane Gifford, Rosalind Newman, and Joszef Hasjer. Upon graduation, she began a project dance company/artist collective to bring as much “impromptu” art to the streets of downtown Savannah as possible. Following, she spent a year in California working with Backhausdance. Caitlin believes dance to be a communication beyond what words may convey, and is thankful for every person and experience who has helped shape it along the way. In her free time, she enjoys baking, choreography, and wandering the streets of New York. Caitlin is delighted to be back in NYC and adding her voice to the beautiful Amalgamate Dance Company. After 6 months of working with ADC as an Apprentice, Caitlin joined ADC as a Company Dancer.  Photo by Nathan Johnson 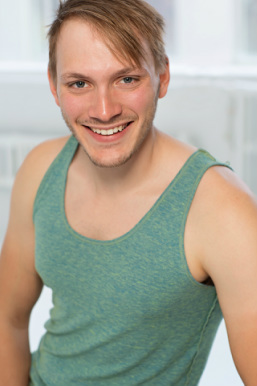 BJ Olson (Dancer) grew up near Princeton NJ, moved to New York to study at NYU, and is now a Tisch graduate living and performing in the city. Some career favorites include portraying Andy Warhol in the original production of Pop!, dancing for NBC in the 2011 Macy’s Thanksgiving day parade, and performing in the musicals Spamalot and Legally Blonde. As a dancer and a choreographer, he strives to be an organic storyteller, and to innovate the way in which both the performers and audience experience material. He enjoys a good glass of wine and a movie, but most important to him- as a person and an artist- is family, integrity, dedication, and bravery.
Photo by Nathan Johnson 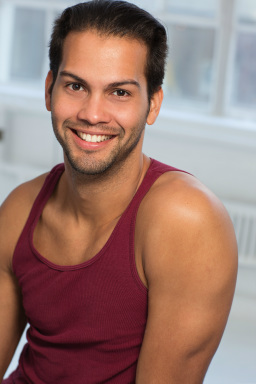 Christian “Pepe” Serrano-Godén (Dancer), a Puerto Rico native, has had the opportunity to perform aerial, ballet, ballroom, contemporary, modern and theater works in the 5 years he has been dancing professionally. His dance education includes Ballet Concierto de Puerto Rico, Arts Ballet Theatre of Florida, SUNY Purchase, and Central Pennsylvania Youth Ballet. He loves to teach and choreograph all around NYC. He is also a theater technician at Baryshnikov Arts Center and a tumbling and circus skills instructor at Gymstars. He is super exited to be working ADC again. Photo by Nathan Johnson 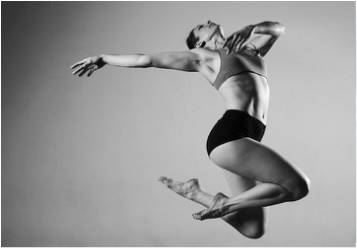 Heather N. Seagraves (Dancer) is a NYC/Brooklyn based independent artist who hails from a small town in Georgia and graduated from Florida State University. Heather carves her days as a professional dancer, bodyworker, and a yoga and anatomy Teacher/Trainer with YogaWorks. She has also taught as an adjunct dance professor at Georgia College & State University, and at Central Connecticut State University. Heather was a principal company member with Amalgamate Dance Company for six years and premiered her own work, Archetype, with ADC in the fall of 2011. Past work also includes projects with Ben Munisteri Dance Projects, Dan Wagoner, Jawole Willa Jo Zollar, Adele Myers, Wallie Wolfgruber, Suzanne Farrell, Tennille Lambert/The Ugly Company, iN.D.dance/Nicole Durfee & Dancers, Lea Fulton, and Aubrey A. Strickland. Heather's choreography has been performed in Georgia, Florida, Connecticut, and New York City, including her most recent work, contour, in collaboration with Doug Gillespie. Heather has worked with Becky Radway Dance Projects since 2009 and is honored to continue working with her on current projects. Photo by Ray Jones

Manuela Sanchez (Dancer) started training in dance at the age of eight at Eileen’s Studio of Dance in Queens, NY. She continued her dance studies at Talent Unlimited High School where she was awarded dance scholarships to Ballet Hispanico and The Martha Graham School of Contemporary Dance. She then furthered her studies at Long Island University- Brooklyn Campus where she earned her BFA in Dance and a minor in Psychology.  She has had the privilege of working with choreographers such as Nathan Trice, Kevin Wynn, Earl Mosley, Christal Brown, Astrid Von Ussar, Kate Weare, Alenka Cizmesjia and Brian Brooks to name a few.  She was a company member of Nai-Ni Chen Dance Co.  She has been featured as a guest artist with Eva Dean Dance Company.  Manuela continues to work closely with Earl Mosley’s Diversity of Dance Inc. and EMIA.  She currently teaches the Anya Mind+Body Curriculum on Pilates Apparatus at Studio Anya in Chelsea.  In her spare time, she enjoys choreographing and cooking. She is thrilled to be in her first season with Amalgamate Dance Company and is grateful to her family and friends for all their love and support as she continues to passionately explore her artistry in search for meaning in all forms of movement. Photo by Isaiah Boule